3J Consulting is pleased to announce the promotion of Steve Faust, AICP to Community Planning Director! In this new role, Steve will be responsible for leading 3J’s team of planners and urban designers. He will also continue to play a key role on 3J’s leadership team, contributing to operational and business strategy.

Steve joined 3J in 2016 as a Planning Project Manager after 14 years as a project manager and principal at Cogan Owens Greene. He is a land use planner with nearly 20 years of experience as a facilitator and community engagement specialist. Steve is a member of the Oregon Citizen Involvement Advisory Committee and was chair from 2015-2019. He is also a Public Involvement Provider for the Oregon Department of Justice Alternative Dispute Resolution program. Steve received his master’s degree in Urban and Regional Planning from Portland State University and his bachelor’s degree in Peace Studies from St. John’s University in Minnesota.

When Steve is not at work he’s often camping with his family, cheering on the Blazers, and playing ukulele with his daughter.

“In the 2 years Steve has been at 3J, I have seen what a natural leader he is. And with those leadership qualities, it was an easy decision to promote Steve to Community Planning Director. I am confident he’ll continue to inspire and cultivate growth within the firm.” John Howorth, PE - 3J President 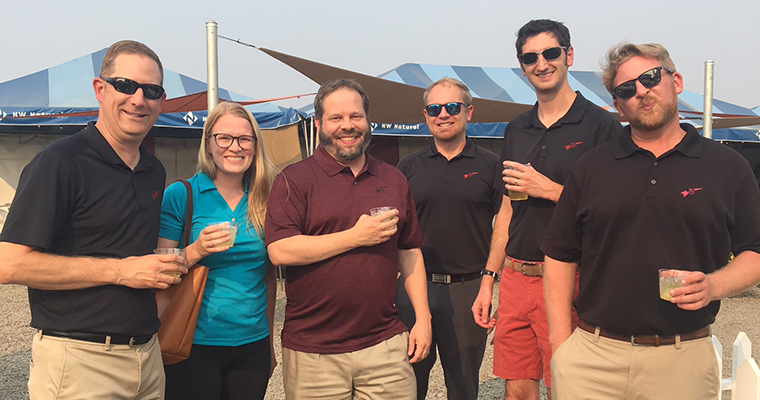 “I’m really excited about this opportunity to help our Community Planning team reach its full potential as well as contribute to the leadership group. Each person brings unique skills and experiences that will help us grow and thrive.” - Steve Faust, AICP - 3J's new Community Planning Director